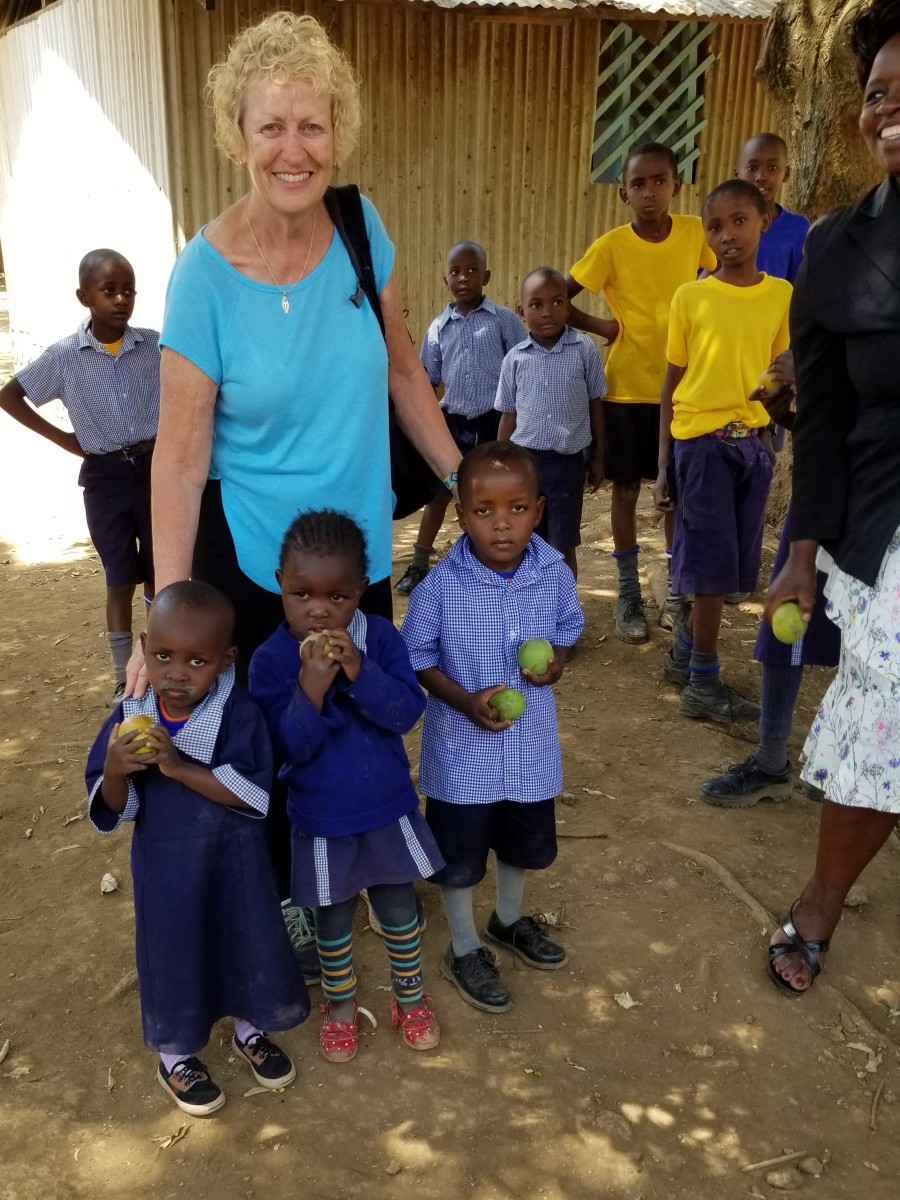 “God laid it on my heart to feed the homeless”. “God urged me to write a spiritual blog”. “We were convicted and called to become foster parents”. “I feel the anointing of the Holy Spirit to be a missionary in Honduras”.  What do these statements mean?  Is God really talking to people?

God Speaks to Us Individually

When we develop our listening skills through prayer and meditation, we find that God talks to us in a way that is individual to each of us.   In a way that each of us is most likely to understand and be receptive to.  He knows how we think and what will get our attention.

It may be a spoken word, especially in an urgent situation. It may be an unusually strong urge to do something outside of our normal sphere.  It may be a sequence of events that continually point us in a particular direction.  Or it may be a feeling of overwhelming peace saying to us “yes, this is what I’m supposed to do”.

My friend, Deb, has discovered her gift, and in the last few years, God has shown her how to use it.  Her experience is one of being continually pointed in one direction.

I sailed all over the South Pacific and helped people in their villages and travelled all over the world.  I really enjoyed different cultures and peoples and found that I connected well with them.  I look back and see this was a gift and that God was leading and teaching me, even though at the time I was not giving Him the glory and was not going to church.  God never let me go, in fact He continually blessed me and led me without me even knowing it.

As I was doing the Lay Minister course, I found out that one of my strongest spiritual gifts was ‘missionary work’.  It was confirmed to me in that class that God wanted me to be a missionary and I realized that He had been preparing me my whole life for this.

I was moved by the Holy Spirit to begin committing my life to God as a living sacrifice each day and as I continued to do this, God started to work more and more in my life.  The Spirit confirmed many things to me through scripture, two of them being;  Romans 12:1-2 ….”present your bodies as a living sacrifice, holy and acceptable to God….do not be conformed to this world, but be transformed by the renewing of your minds so that you may discern the will of God – what is good and acceptable and perfect.” Also, Romans 11:29  “for the gifts and the calling of God are irrevocable”.

This has been 4 years now and I see God changing me from the inside out. It is incredible how He works in us.

God’s Will for Her Life

So where has all of this led Deb?  It has led her to Kenya.

I have been in Kenya 3 times now and from the very first visit, God showed me that I would be living there and that I would be involved in some sort of children’s home or school.  I have faith to know He will equip me for the job He has called me to do and the courage to overcome my fears.  I have tried, over the last 3 years to fight against God on this but He is winning!

God provided a stepping stone on her path via another local Methodist church that was starting a medical clinic in Kenya.  Through another church member, Deb was able to obtain medical donations from a local hospital, which she took to Kenya in May of 2017.

In that region the majority of people live on farms and usually have an outside building for cooking, using stone fires with wood or charcoal. The people who live in small villages or towns, cook with gas, using a single gas bottle inside with no safety device. A small percentage use electricity for cooking 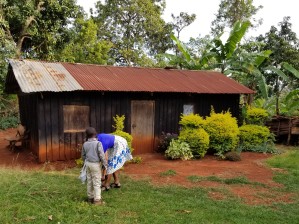 They have wood or concrete block homes with dirt floors.  There is a lack of treated water in rural areas and residents have to walk down the road to where there is a community water tank with a faucet or get it directly from the river.  Thus, the high incidence of dysentery.  The systems of 2-jugs with a water filter between them is just coming into the area.  There is no electricity or refrigeration in rural areas.  The town of Equator is the nearest location of shops and looks like the temporary shanty towns depicted in US westerns during the gold rush. 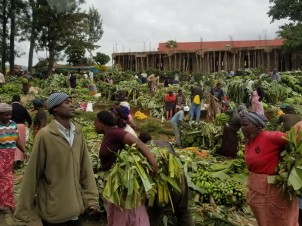 The region subsists on an agriculture economy. Farms are called ‘shambas’.  Bananas, avocados, macadamia nuts, coffee, tea and vegetables are grown.  The farmers sustain their families with their produce and sell the excess at the markets.  What they don’t grow they buy there.  The government is working to install irrigation.  Currently some farms have it and some don’t.

There are rough dirt roads and small buses called Matatu’s, as well as motorbike taxis called Boda-boda’s, that run between neighboring towns and villages, but everyone walks because they cannot afford either, as they range in price from $1.50 to $3.00, depending on the distance. Schools can be miles away from home, nonetheless, children walk there. 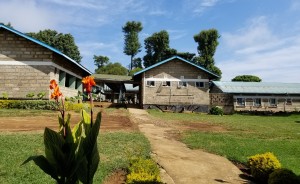 Through a pastor of the Methodist Church in Kenya, Deb has connected with a boarding school for high school (secondary) age girls in Ruiga. Recent laws state that if a child passes the final exam at the end of primary school, they must go to secondary school.  As a result, the census at Ruiga went from 350 to 500 girls in January of 2019. 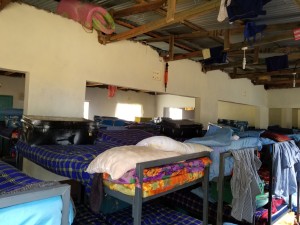 Dorms are packed and classroom attendance has risen.  Parents have funded some repairs to the kitchen and bathrooms, and the building of an additional dormitory. Governmental funding for school textbooks and stationery etc. was very late this year which meant the children got a slow start to the year. 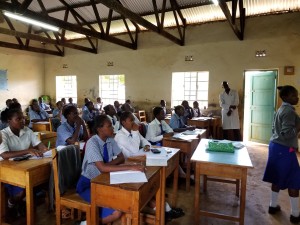 The people who traveled with Deb on her initial trip continued to support and encourage her in mission work. And she is invited to preach at one of the local village churches whenever she is in Kenya.

One of Deb’s recent projects has been to provide the girls with panties and sanitary feminine pads so they don’t miss any school.  Deb’s church, Oakhurst United Methodist, bought enough pads and panties for 18 months, as well as a commercial water filter for the school, providing the girls with clean drinking water.

Future projects that Deb will be involved in:

“Each time I have been in Kenya,” Deb says, “I have felt the anointing of the Holy Spirit and the calling within me gets stronger and has been confirmed each time.” God works with those who are listening, to use their gifts and talents for good.  Although, Deb’s calling to Kenya has been a recent development, you can see how God has worked in her life to bring her to this point.

If you feel called, convicted, urged or led to help with this project, please leave a comment that will be passed on to Deb.  Your comment will not be published and shared only with her.

And we know that for those who love God all things work together for good, for those who are called according to his purpose.  For those whom He foreknew He also predestined to be conformed to the image of his Son, in order that He might be the firstborn among many brothers.  (Romans 8:28-29)