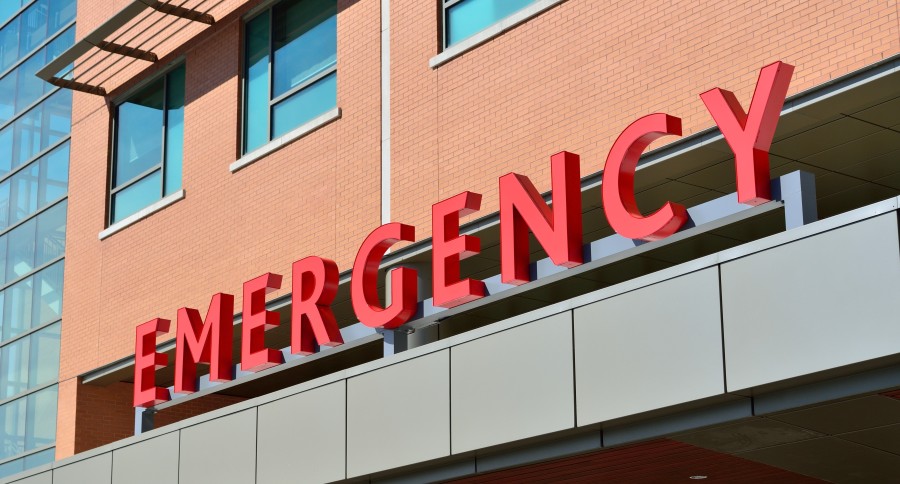 At the end of “Her Rejection Forced My Forgiveness”, I promised to reveal how Tim and Anna’s relationship resolved.  Since this isn’t a romance novel, I will only say that God brought Anna and Tim back together.  They married and after a couple of years in Hong Kong for Anna’s job, they returned to the USA.

In the following excerpt from his book The Long Road to Eternity, Pastor Tim describes a miraculous healing during his first year of seminary.

Anna and I moved to Durham North Carolina in the summer of 1984 so that I could attend Duke Divinity School. Within a week of starting school, I was hired as a student associate pastor at Trinity Avenue Presbyterian Church. It was my first job as a pastor, and I was completely inexperienced: I had never read a responsive reading in church or led a public prayer. I had read the Bible cover to cover twice but knew virtually nothing substantive about it. I only knew that God had supernaturally confirmed to me that I was supposed to be a pastor, and that gave me all the confidence I needed.

One day I came into work at Trinity and Flo, the office manager, told me the son of a family who attended the church had been in a terrible car accident three days before and they were desperate for a Pastor to visit with them in the hospital. Their son had crashed his car going over 110 mph through downtown Durham and was in a coma. I drove to the hospital past the site of the wreck. It must have been a spectacular collision; his car had hit three or four telephone poles and a brick wall on the side of the road, and his car had been ripped to shreds. I drove slowly past and there were pieces of car scattered all around the accident site: an engine block here, an axel there, a fender somewhere else.

I didn’t see how he could have possibly survived that amazing destruction; it seemed completely miraculous. Getting to the hospital, I found his family in the waiting room. His parents described the accident and the extent of his injuries: his back, arms, and legs were all broken, but the main problem was that his skull was not fractured. Had it been his shaken and bruised brain would have had room to swell. The doctors called it a closed skull injury and said the pressure was causing him to be in a semi-coma.

The situation for the family was brutal and made worse by the agony their son was suffering. His every breath was accompanied by a deep groan. It was unbearable for them, knowing that he was in constant excruciating pain.  They told me, “We have been praying for God to heal him for the last three days, but we can’t bare to see him like this anymore, so we are praying now for God to take him. Will you please pray for God to take him quickly?” No one had ever asked me to pray for someone to die before. I said, “First, let me pray over him and see if God will heal him.”

The nurses issued me in to see him alone; it was my first ever solo pastoral hospital visit. As I saw the broken telephone pole and the pieces of his car along the side of the road it had certainly seemed like a miracle that he had survived, but when I saw him in his bed, the price of the miracle was plain to see. His face had cuts, scrapes, and bruises all over it; his chest, both arms and legs were in casts. His arms and legs were suspended from poles that ran the length of the bed and his back was also in traction. He was indeed breathing in and letting out a loud heart-wrenching moan with each exhale that could be heard around the whole ICU. I spent a few moments taking in the scene and centering myself for prayer. It was sickening to see the extent of his injuries, and troubling to hear him moan. I could understand why his parents were asking the most horrible thing a parent could ask of God – to take their child.

I walked around his bed praying and taking it all in, and finally I stood at the head of the bed behind his head. I prayed to be worthy of the responsibility of ministering to this young man and his family; I prayed for wisdom, and I prayed for the healing power of Christ to be with me. Then I prayed, “God, you hear the torment this young man is going through, you know the pain it is causing his parents. So, I am asking Father that you cure him or take him, but either way please take this young man and his parents out of their misery.” I prayed that twice and then I felt very strongly that I should do a laying on of hands to pray for his healing. I put my hands one on either side of his head, and I prayed for God to allow me to be a vessel of his healing power, that he would let his healing power flow through me. Then I concentrated on letting the healing power of God flow into me and through me into the young man’s head.

I prayed in this way for about 10 minutes, and as I prayed, I felt strongly that something was happening. I could feel God’s healing power flowing through me into him. I felt it so strongly that I was surprised that when I stopped praying, I could see and hear no change. I shrugged, saddened, and turned to walk out towards the waiting room. I was resigned that since there was no change, I would pray with the family for God to take him. But before I reached the family, a nurse came running out behind me, “He’s stopped! He’s stopped” she told me as she rushed past to tell the family. Finally, the horrible moaning ceased after 72 hours. The family rushed in and I followed behind them. He was still, resting peacefully. He went on to make a full recovery though it took 9 months.

The theological implications of this experience are clear; God is a God who responds to the prayers of His people and has the power to heal. Today, I think about our ability to access the healing power of God in this way:

I have identified in the scriptures the bumps on the key;  essentials that must be met to open the door.

You can refer to “The Key to Effective Prayer” for a discussion of all the bumps on the key.  In this case all the tumblers lined up for this young man; the lock turned, and he was healed.

I would like to point out that it was not Pastor Tim’s extensive Biblical knowledge or pastoral experience that allowed him to be an instrument of God’s healing.  It was his personal connection with God that was the conduit for this miracle.  If you would like to develop a closer relationship with God a good place to start is by reading and practicing what you will find in:

How to Meditate to Reach Higher God Consciousness

Are You Listening to God’s Messages?

There was an estate nearby that belonged to Publius, the chief official of the island. He welcomed us to his home and showed us generous hospitality for three days.  His father was sick in bed, suffering from fever and dysentery. Paul went in to see him and, after prayer, placed his hands on him and healed him. When this had happened, the rest of the sick on the island came and were cured. (Acts 28:7-9)